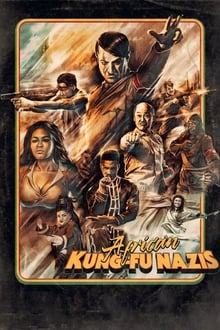 Unlike what history books tell us, Adolf Hitler did not commit suicide in his bunker, but instead fled to the African continent in his submarine. Teaming up with his new right hand, infamous Japanese military leader Hideki Tojo and the brutal Horse-Man Göring, he plans on conquering the world once again - starting in Ghana. With the might of his loyal (although brainwashed) Ghan-Aryans and his superhuman Karate-Powers, Hitler destroys the African Kung-Fu school of the shadow snake, killing ...